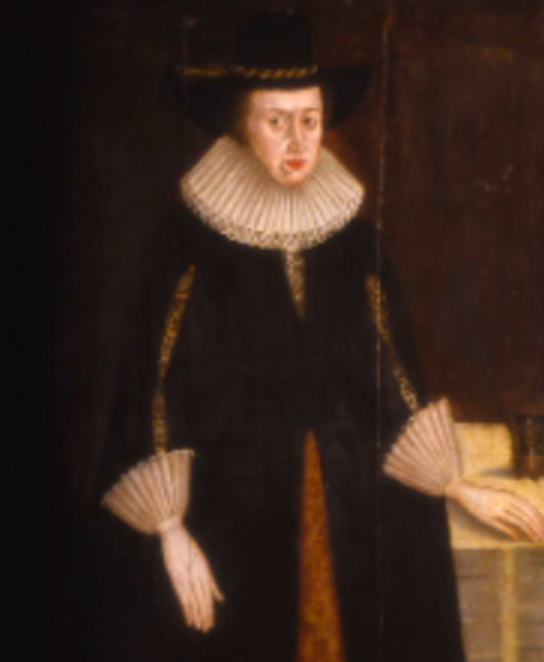 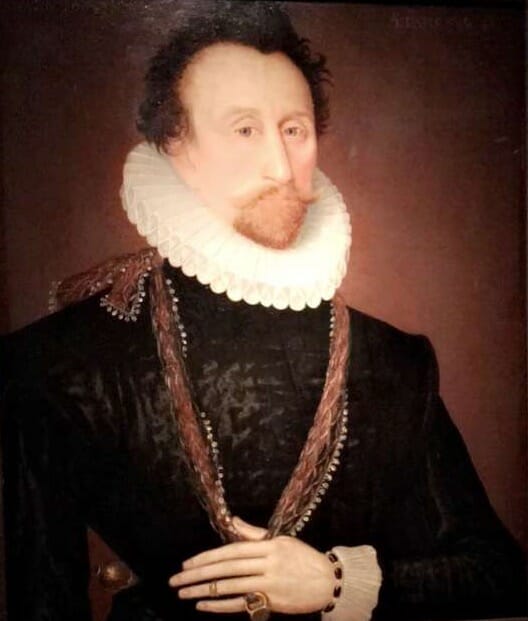 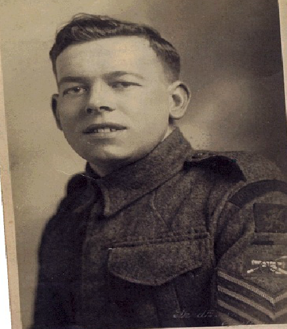 The History of Lady Hawkins’ School

Lady Hawkins died in 1619 and was buried in London in the parish church of St Dunstan in the East. In her will, dated 23rd April, 1619, she left £800 ‘for the purchasing of lands or tenements of a yearly value of forty pounds for and towards the perpetual maintenance of a learned and choice preaching divine, the Master, to keep a free school in Kington, in the County of Hereford, and of a learned and discreet Usher under him, for the instructing and teaching of youths and children in literature and good education’.

Captain Anthony Lewis, servant to Lady Hawkins and acting executor of the will, on Lady Day 1622, purchased School Farm, Upper Hergest, to produce the necessary forty pounds a year for running the school.

He paid £26 13s 4d for a piece of ground in Old Kington to build the school upon and contracted with John Abel of Sarnesfield to build it. John Abel, who was Carpenter to King Charles I, was to provide the materials and was paid £240 for his work.

The school opened on the Feast of St Michael and All Angels, September 29th, 1632, with 62 pupils.  Every year since, either Michaelmas Day, or the weekday nearest to it, has been kept as Foundress’ Day, whereon the school goes over to the nearby parish church to give thanks for its foundation and all those who have served in it over three and a half centuries. It was originally decreed that ‘the freedom of the school shall be to boys born in the parishes of Kington, Huntington, and Brilley in the County of Hereford, and to boys born in the parish of Michaelchurch in the County of Radnor, that no women children shall be admitted or boy under the age of six unless he can read his Primer’. Boys, however, from other parishes, (‘Foreigners’) could be admitted as fee payers.

The same year as the school opened, 1632, Anthony Lewis journeyed from London with his man-servant and two horses and brought with him a portrait of Lady Margaret Hawkins together with ‘hokes, curtain rodd and green taffita curtaine and a skutchion of My Lady and Sir John Hawkins armes’. This portrait now hangs in the entrance hall of the main building.

The school has a unique library which dates from its foundation and to which other books of considerable historical interest and importance were added over the years. It is now on permanent loan and can be seen in the Cathedral Library at Hereford. The school is now housed in modern buildings erected in 1962 and 1973 almost all of which have been refurbished over recent years to meet the challenges and demands of recent curriculum developments. The year 1995 was a most significant one for the school as it saw the opening of the Joint School and Community complex. The Lady Hawkins’ Community Leisure Centre, with its own manager and staff, is an integral part of the school buildings. Its facilities, which include a sports hall, fitness room, dance studio and an enhanced performance hall for the arts, complement the academic specialist rooms to make overall provision for a school this size quite impressive. The school also has a separate Sixth Form, SEN and Art Studio.

Sir John Hawkins was born in Plymouth in 1532, the son of a wealthy sea captain. In his youth he went along on trading trips and heard of the riches that lay across the western sea. In 1562 he sailed to Africa, where he captured 300 people to sell as slaves. He transported this human cargo to Santo Domingo, in the West Indies, and traded them for pearls, hides, ginger, and sugar. Although the colonists had been forbidden by to trade with any other nation, they were eager to buy slaves. John Hawkins’ second voyage two years later was equally profitable, but a third trip met disaster off the coast of San Juan de Ulua in 1568. Accompanied by his cousin Sir Francis Drake, John Hawkins had already broken Spanish law by selling his cargo of slaves in the Caribbean islands. After they sought refuge for their six ships in the harbor of Veracruz, an armed Spanish fleet attacked. Only the vessels commanded by Hawkins and by Drake were able to escape. For 20 years Hawkins remained at home in the service of Queen Elizabeth I. As treasurer and controller of the navy, he built up the fleet, preparing to challenge over supremacy of the seas. He armed the vessels more heavily and redesigned them to make them faster. He also introduced inventions that he had tested in practical experience at sea. In the great battle in which the Spanish Armada was defeated in 1588, Hawkins served as a Vice Admiral. He was knighted for gallantry. In 1595 he sailed with Drake on what was to be the last voyage for both. John Hawkins joined the expedition hoping to rescue his only son, Richard, who was held captive by the Spanish in Lima, Hawkins died at sea on Nov. 12, 1595, near Puerto Rico.