In 1940, A.G.F (Tony) Ditcham was entered from HMS Worcester as a midshipman into the Royal Navy Reserve.

As a member of the Royal Navy for the entire was he saw service across the European theatre of war and eventually into the Far East. The Gunnery Officer of his ship, during his service he saw action against the German battleship Tirpitz and took part in the allied operations during D-day when not stationed at Scapa Flow protecting countless convoys.

His memoir, “A Home on the Rolling Main,” has received rave reviews from historians and sailors alike. 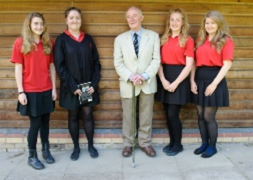