Len served in World War II as Sergeant in the Royal Signals. Len had hoped to join the Navy and responded to appeals for volunteers for ‘hazardous duties’ including ‘amphibious landings’.  He was sent off to Auchnacarry in Scotland to train as part of Combined Operations Command. While in Auchanacarry his ability with radio communication was recognised and he volunteered for the Phantom Signals (GHQ Liaison Regiment). This was a secret communications and intelligence unit that was formed under direct orders from Winston Churchill (Prime Minister). Len’s first operation was with the landings in Sicily and he remembers toiling up the beach with a massive radio on a trolley. In 1944 he was operating with ‘F Squadron Phantom’. ‘Phantom’ were to operate in France in 1944 and carried out a special role to provide communications for the SAS in ‘Operation Loyton’. Len, with ‘Phantom’ and the SAS were parachuted behind enemy lines into the Vosges Mountains around Moussey, to organise and arm the local resistance. Their job was to disrupt the enemy in advance of General Patton’s Third Army drive through the Vosges Mountains to Strasbourg. In this operation 3 men with ‘Phantom’ were killed:

Sergeant Gerald Davis who was betrayed, captured, tortured and shot on 20th August 1944;

Signalman George Johnston who was killed in combat on 20th October when returning through enemy lines;

Signalman Peter Bannerman who was killed in the same action as Signalman Johnston.

31 men of the 2nd SAS Regiment were captured, tortured and shot on the orders of Hitler and this was carried out by the Gestapo in Alsace. Four Special Operations servicewomen were also captured and killed by lethal injection at Shirmeck Concentration Camp.

The horror worsened when the Germans rounded up all the men and boys in the village of Moussey and offered them amnesty if they revealed the whereabouts of the.  No one moved and despite interrogation no one revealed the locations. Subsequently 210 men and boys were deported to concentration camps.  140 did not return at the end of the war and many of those that did return died of the extreme and harsh conditions they suffered in the concentration camps. 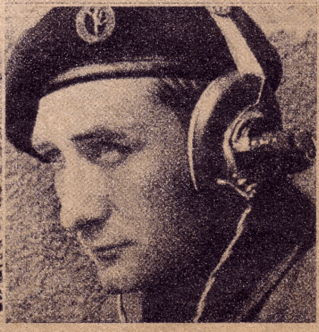